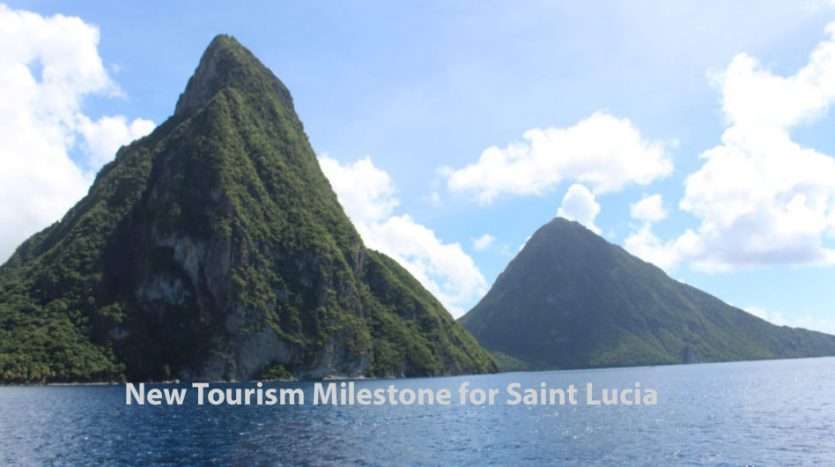 One of the Caribbean’s fastest-growing destinations just reached another tourism milestone.

The island of Saint Lucia reported a total of 423,736 stay over visitors in 2019, the highest total in the history of the destination — just in time for Saint Lucia’s 40th anniversary of independence.

Saint Lucia tourism officials attribute much of the growth to a significant increase in airlift from the crucial United States market, which accounted for 45 percent of all stay over tourist arrivals during the calendar year.

That accounted for nearly 191,000 visitors from the United States.

“This increase in arrivals was of tremendous benefit to the tourism industry, and by extension, the entire economy of Saint Lucia as it resulted in increased bed-nights, meaning more persons stayed in paid accommodation, required taxi services and enjoyed the natural sites, attractions and cuisine that the island has to offer and thereby, created more job opportunities for the local population.” the Saint Lucia Tourism Authority said in a statement.

Even more, the tourism milestone and growth represented an additional 100,000 visitors since its total at the beginning of the decade — a jump of nearly 38 percent.

“We are not simply interested in increasing numbers but more importantly ensuring that the growth trajectory of the industry is sustainable and that it touches every facet of economic development leading to employment creation and income generation for our people.  External reports also indicate that although Saint Lucia has one of the highest Average Daily Rates (ADR) in the region, we continue to be in high demand, which only augurs well for the revenue generation capability of the destination,” said Saint Lucia Tourism Minister Dominic Fedee, who was recently named Caribbean Tourism Minister of the Year in the 2020 Caribbean Travel Awards.

for our properties for sale page please click here

Thoroughbred Racing Is Coming to Saint Lucia
The impact on Real Estate, working from home.